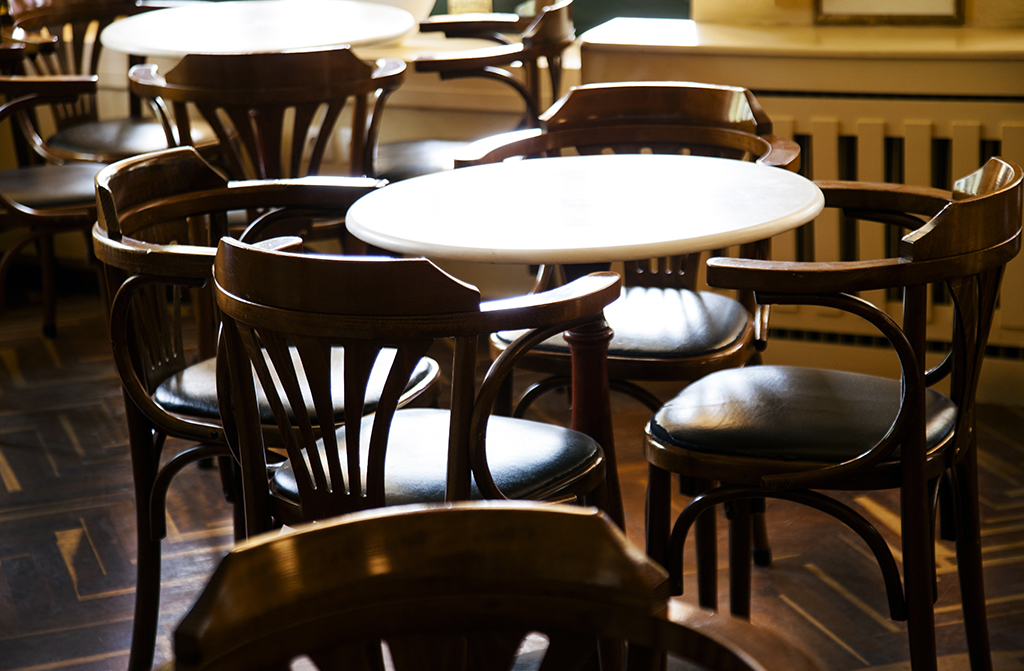 Representatives of the institutions that led to the peak of the European culture after the 15th century, people of the Letters, the Arts and Politics, frequented the Cafes of the old continent, where they could freely exchange views, be inspired and create.

At the same time, from the 18th to the 20th century, the spread of coffee and the parallel rise in its consumption, resulted in the rapid growth of Cafes in – almost – every city in Europe – and beyond. Cafes assumed a dual role: apart from encouraging visitors to socialize, they became cradles of cultural exchanges, exchange of ideas, social osmosis and political debates.

Historic Cafes are an integral part of the urban heritage, and most of them have survived wars and social change. Actually, they often participated, directly or indirectly, in the process of bringing about such social change.

Being guardians of the tangible and intangible cultural heritage, they often follow interesting architectural styles – from neo baroque, to art nouveau, to art deco and modernism. Moreover, they are an integral part of the collective memory of the history of Europe, while also preserving and promoting literary, musical, artistic and often controversial political traditions.

The “Historic Cafes Route” offers travelers the opportunity to embark upon an interesting and enchanting thematic itinerary, to step back in time, to enjoy the luxury of the Cafes of the golden age, and to become acquainted with the important role they have played in the past and continue to play in the present, in shaping Europe’s cultural history.

The various activities such as performances, seminars, artistic events, conferences Historic Cafes host, contribute in promoting urban culture and growth. Additionally, Historic Cafes, as monuments of living cultural heritage, support the traditions of the culture of coffee, traditional drinks and alcoholic beverages, but also the consumption of local traditional products and the preservation of their brewing practices.

In that way, Historic Cafes continue to be beacons of cultural heritage and social osmosis, connecting the past with the present and the future as an alternative to a “modern” homogenization and levelling down lifestyle, which is also a purely economic approach.

Thus, Historic Cafes reflect the common heritage of Europe as expressed in their architecture, their design and role in the cultural, political and social history. They have important stories to tell about the emergence of democratic societies, resistance to totalitarianism, social intolerance and human rights.

At the same time, Historic Cafes reflect the rich diversity of local values and traditions inherent in the intangible heritage of the drink and food culture. And of course, today, as always, Historic Cafes offer local residents and foreign visitors the ideal place for socialization and intercultural dialogue.