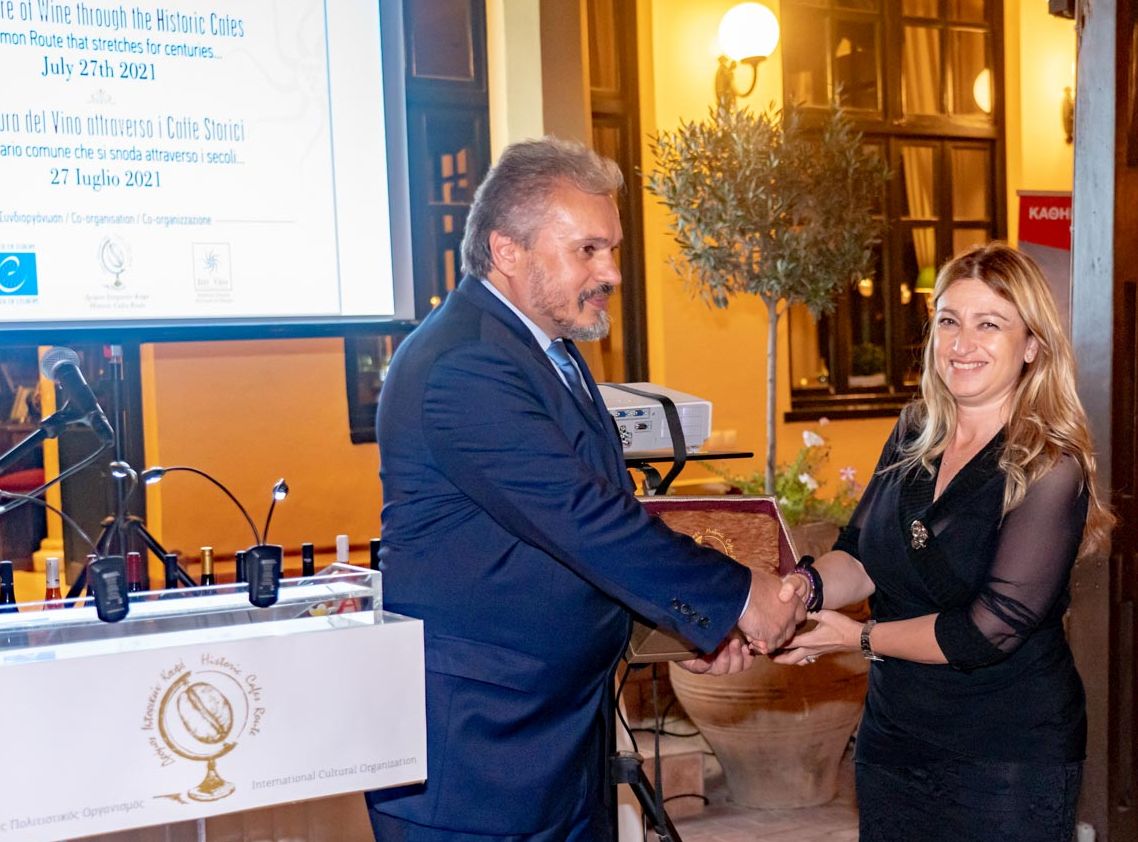 Posted at 12:31h in News by Konstantinos Stavroulakis

Historic Cafes Route met Iter Vitis in an event entitled “The culture of wine through the Historic Cafes, a common Route that stretches for centuries…”

The event that took place on Tuesday, July 27, 2021, at the Historic Café “Kipos”, in Chania, at 9 p.m. aimed to highlight the importance of the intangible and tangible cultural heritage of the Historic Cafes, the winery, the wine, and its derivatives, but at the same time to promote the two Cultural Routes (and therefore the cities through which they pass) as tourist destinations of important value.

Keynote speakers at the event were the Founder and President of “Historic Cafes Route” Vassilis Stathakis, the President of “Iter Vitis” Emanuela Panke, who due to the pandemic could not travel from Tel Aviv and participated via skype, the Regional Vice Governor of Chania Nikolaos Kalogeris, the Mayor of Chania Panagiotis Simandirakis, the President of the Chamber of Commerce of Chania, Antonis Rokakis, the Head of the Department of International Relations and the EU of the Ministry of Culture and Sports, Marianthi Anastasiadou and the Ambassador of “Historic Cafes Route”  in Italy, Raffaella Caria. The event was scheduled to be attended by the Vice President of the Council of Europe and former Minister Mrs. Dora Bakoyannis, but due to increased parliamentary obligations she sent her greeting that was read at the event. The translations from Italian to Greek were done by Tiziano Calabrese, from the Hellenic – Italian Association of Chania.

At the event it was highlighted the importance of the certification of the Cultural Route “Historic Cafes Route” as well as the significance of all the Cultural Routes of the Council of Europe. The Region of Crete, the Municipality of Chania, the Chamber of Commerce of Chania, but also the Greek Ministry of Culture stated that support the effort as “Cultural Routes” are dynamic carriers of cultural entrepreneurship and cultural tourism.

During the event there was wine tasting along with bocconcini. The event closed with music. “Historic Cafes Route” aimed the event to be the beginning of a series of Cultural Routes Festival that will be held every year promoting Chania internationally.

The President of “Historic Cafes Route” Vassilis Stathakis during the event thanked the Prime Minister, Kyriakos Mitsotakis for the personal interest he has shown in Historic Cafes, the Vice President of the Council of Europe and former Minister, Dora Bakoyannis, the Director General of the Council of Europe Snezana Markovic, the Institute of Cultural Routes, and in particular the Executive Secretary Stefano Dominioni. Also the Greek Ministry of Culture and Sports, personally the Minister Lina Mendoni, the Department of International Relations and European Union, the director of the office, George Kalamantis, the head of department Marianthi Anastasiadou, the Ministry of Tourism and specifically Minister Haris Theocharis, EOT and Its President, Angela Gerekou and the general secretary Dimitris Fraggakis and of course the Region of Crete and the Regional Governor Stavros Arnaoutakis, the Regional Unit of Chania and the Regional Vice Governor of Chania Nikolaos Kalogeris, the Mayor of Chania Panagiotis Simandirakis, the Vice Mayor of Culture and Tourism and President of  KEPPEDIH KAM, Giannis Giannakakis, the Regional Councilor of Crete, in charge of Health, Education, Culture in the Prefecture of Chania, Sofia Malandraki, the Chamber of Commerce of Chania and its President Antonis Rokakis. He also thanked the Chania – Rethymnon Winery Network and personally its President Nikos Karavitakis and the volunteer rescuers of the Select Team of Special Missions of Chania for their presence at the event.

The President of the Chamber of Commerce, Antonis Rokakis 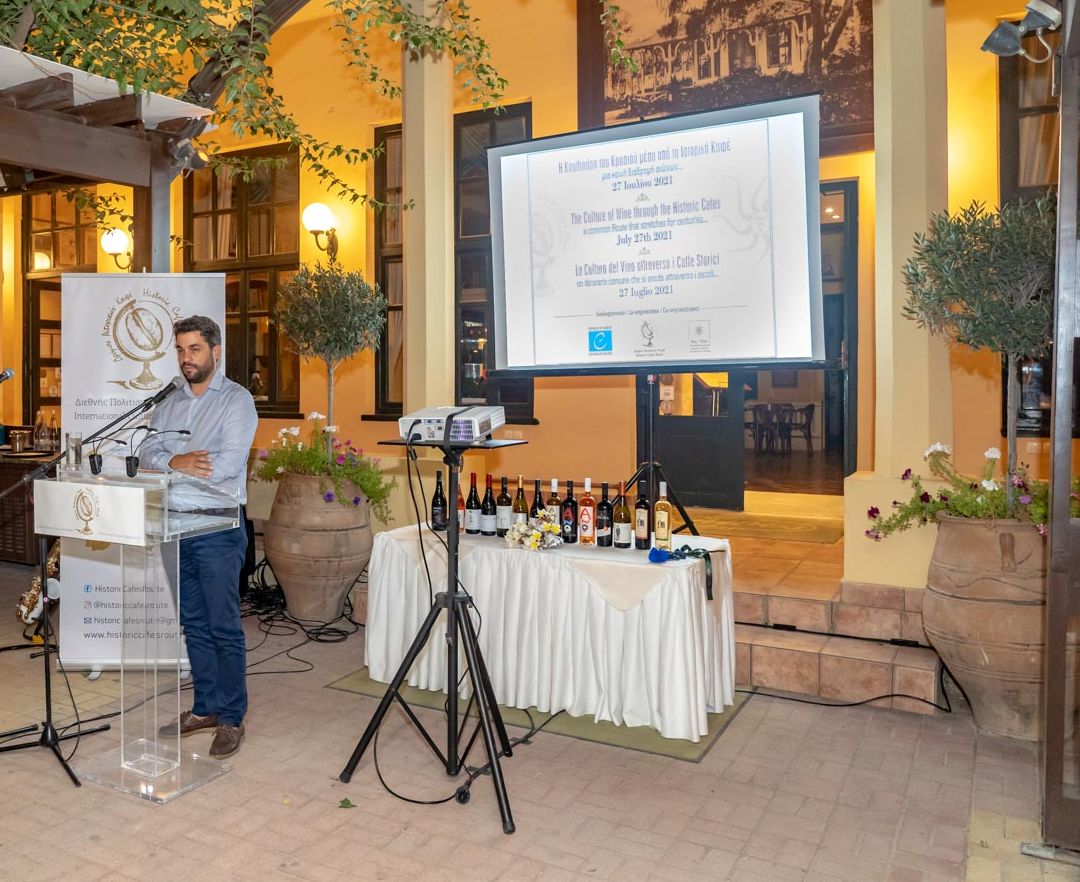 The Mayor of Chania, Panagiotis Simandirakis 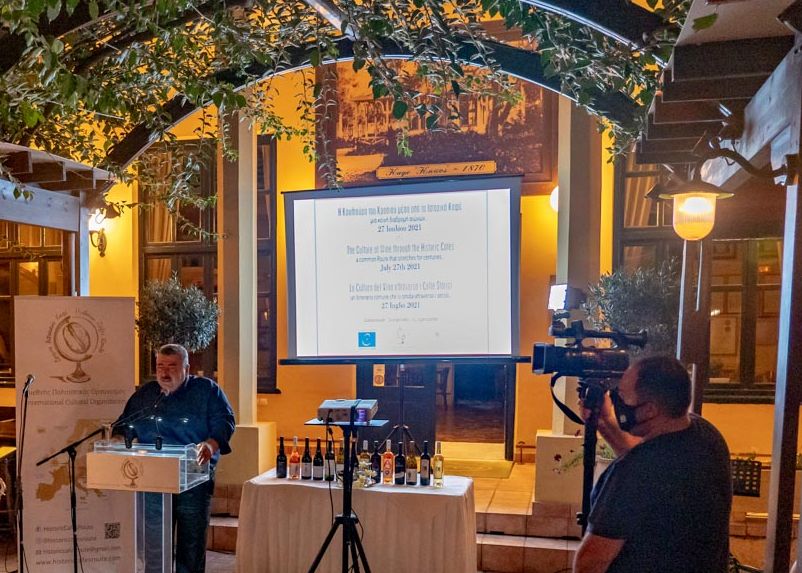 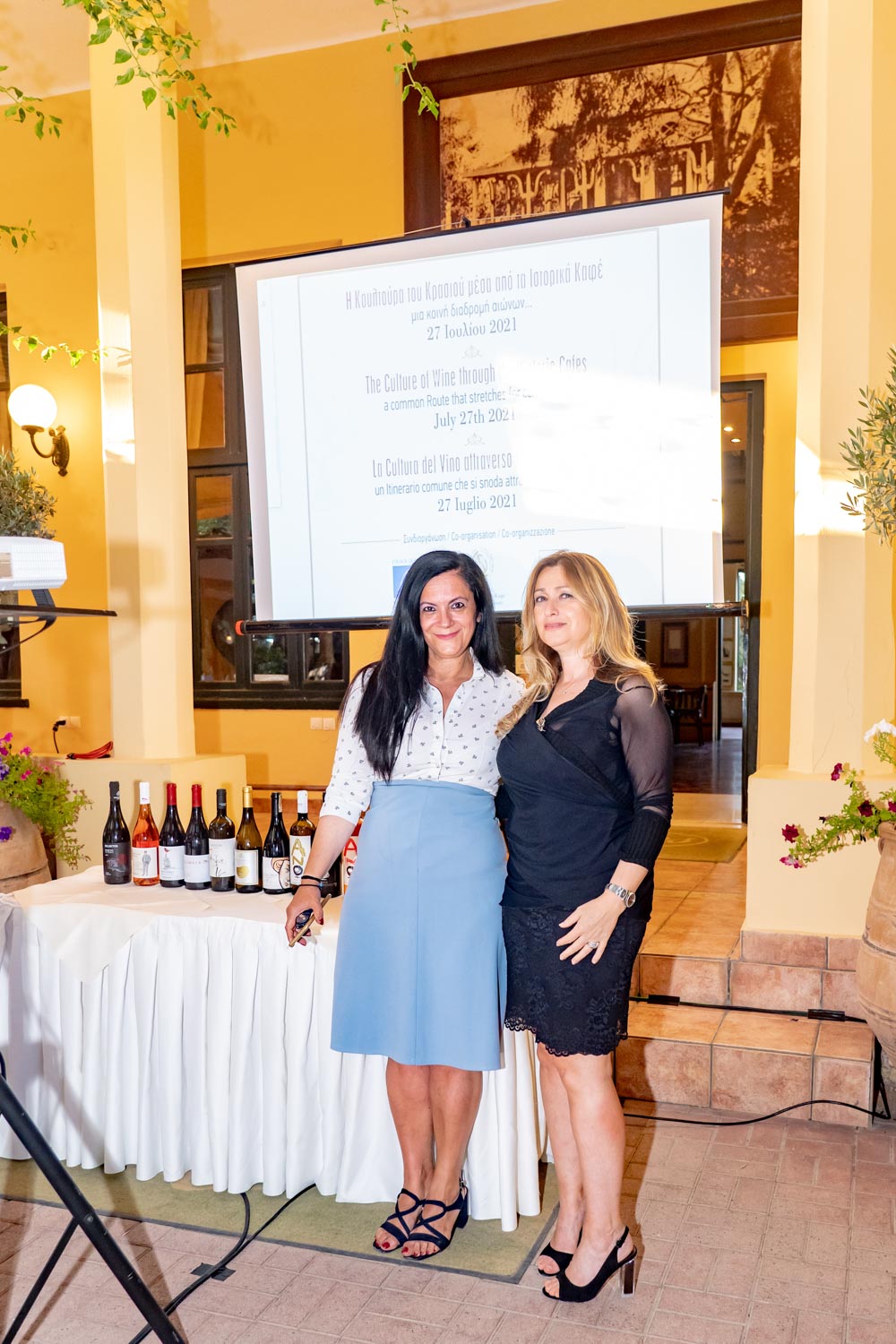 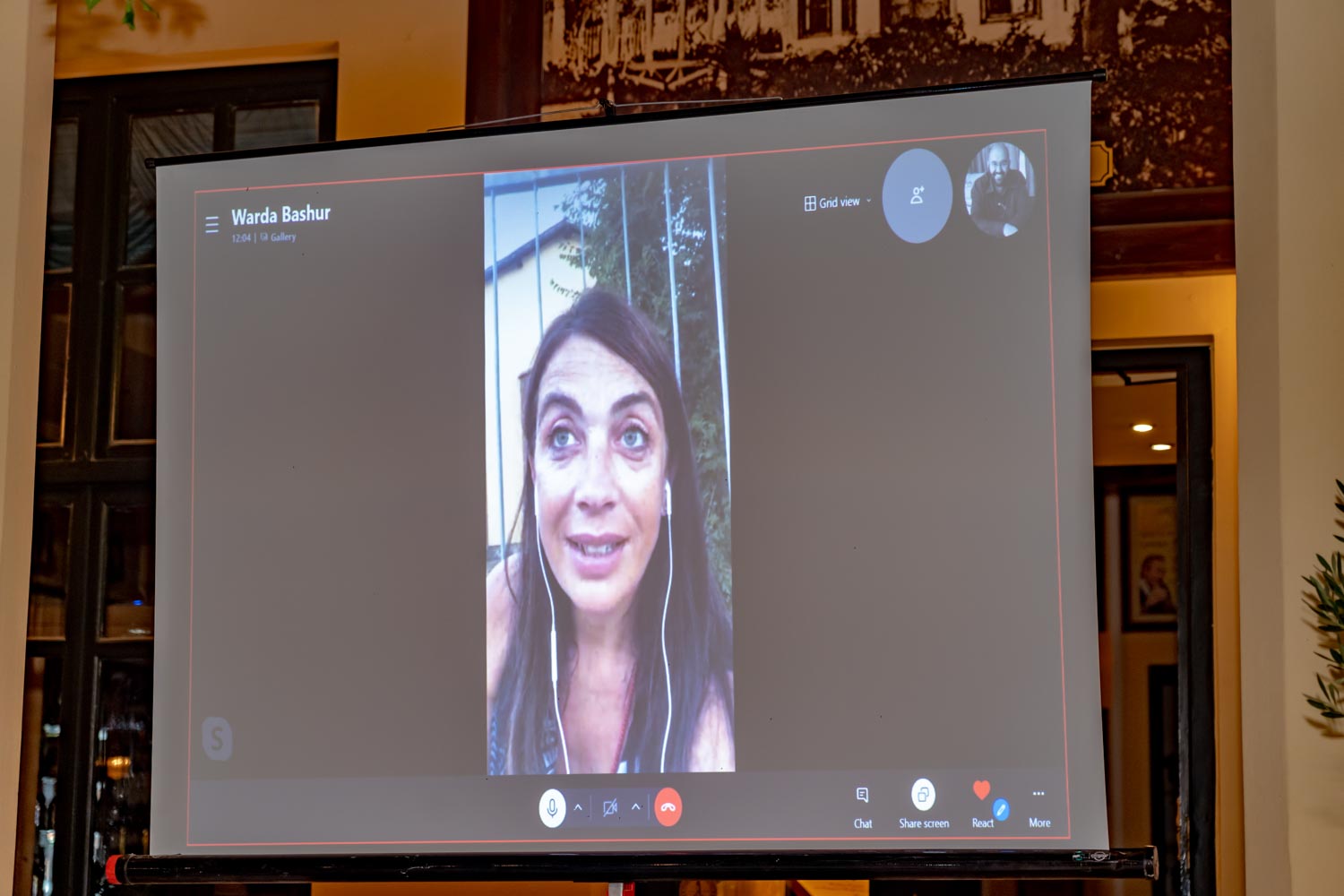 The President of the Cultural Route «Ιter Vitis», Emanuela Panke 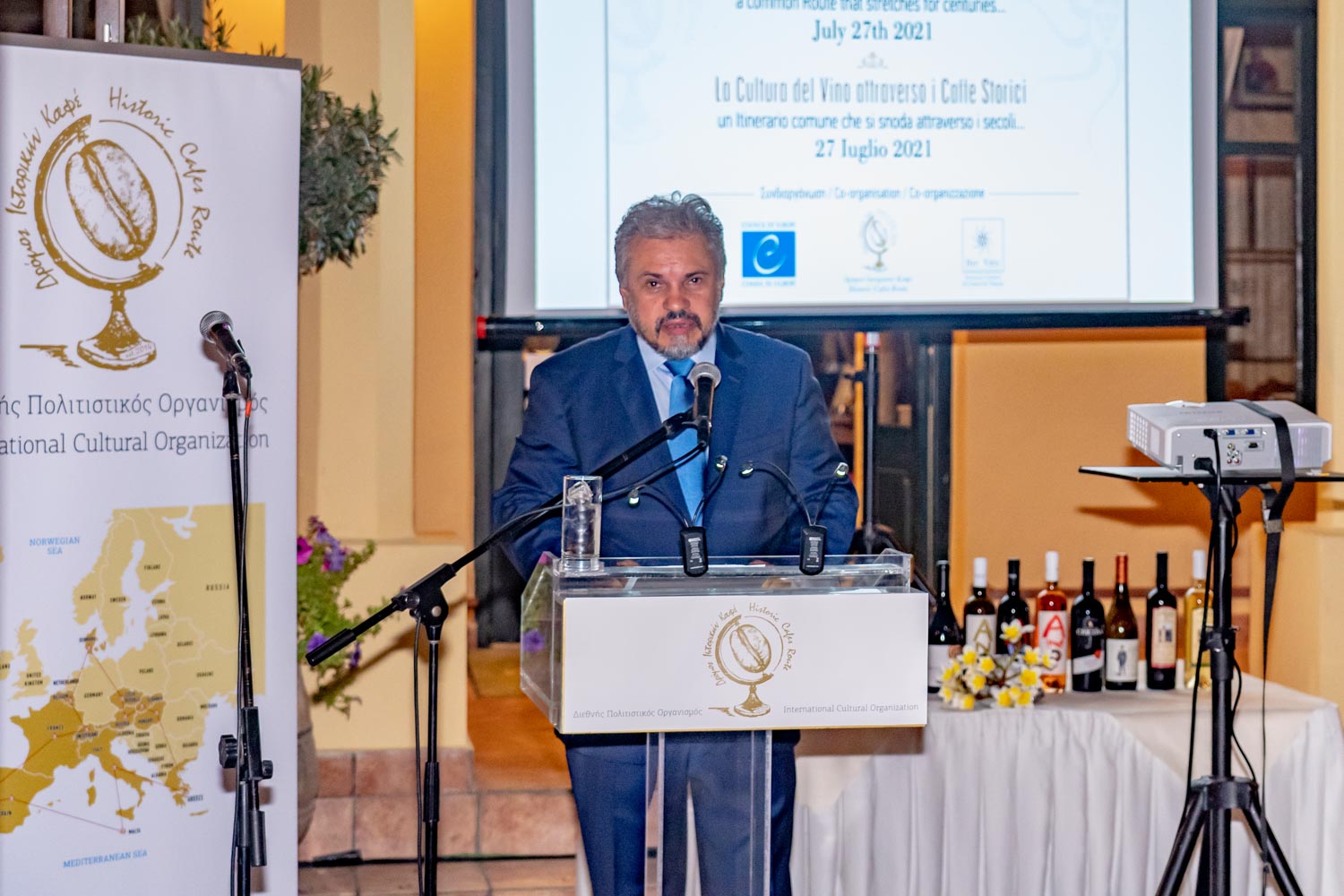 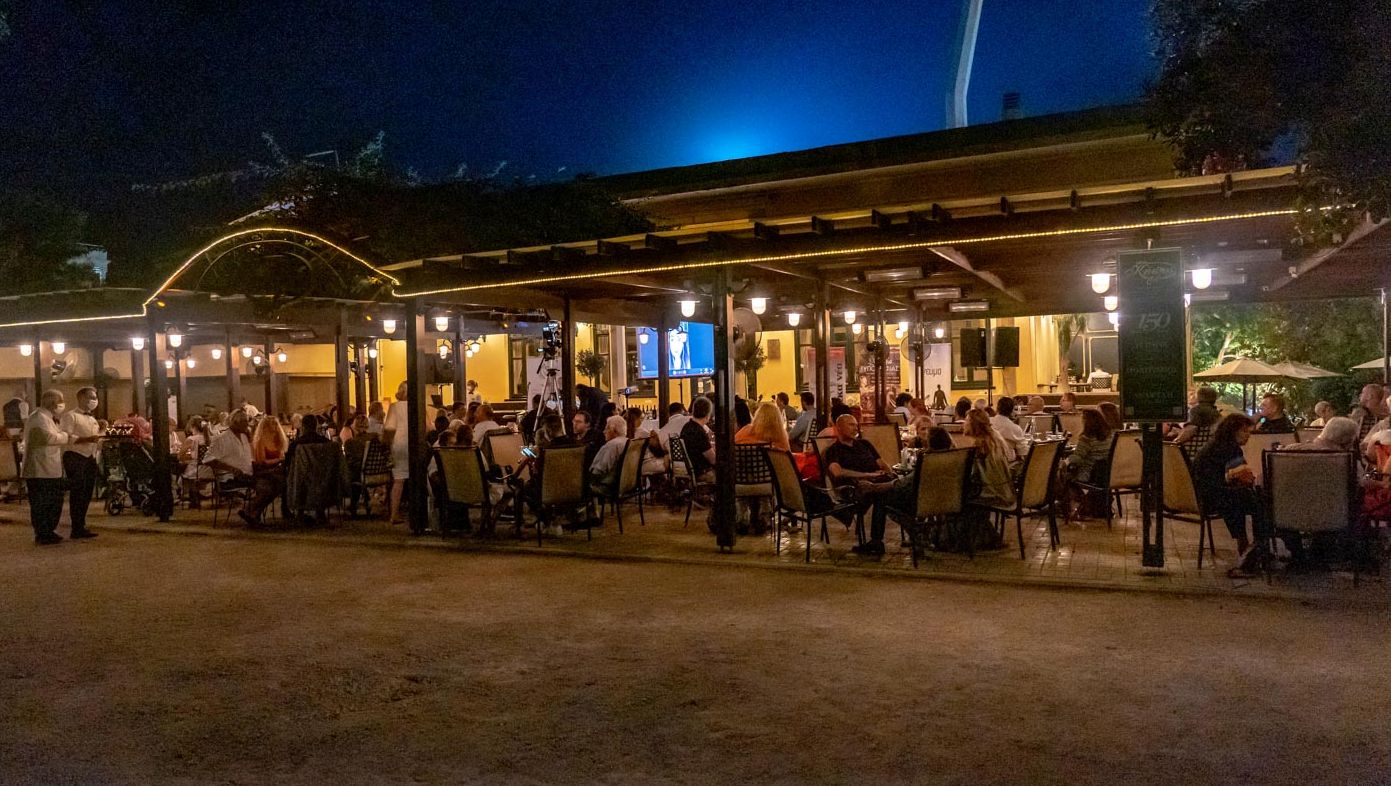 During the event at Historic Café “Kipos”